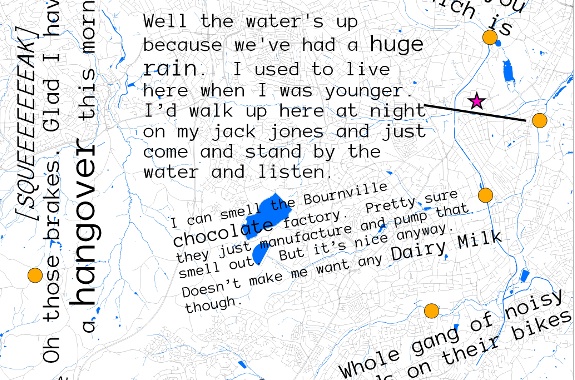 As part of the Hestia 2 seminar series exploring the different ways in which humanistic approaches to data visualization are challenging and transforming existing mapping practices, we are pleased to invite contributions to a one-day workshop that will examine the specific role of GIS in mapping texts of different kinds.

As Caquard (2013, 135) has noted, there has been considerable interest in ‘the relationship between maps and narratives’, especially in the context of the spatial turn among literary and film scholars.  In many ways this field is being driven by technological innovation, particularly the rise of easy-to-use online mapping tools developed by companies like Google to exploit location-based data; everyone can now map their story.  Nonetheless, the standard critique of GIS is that it replicates a Cartesian, positivist conception of the world through allocating geospatial coordinates to objects.  This brings the temptation to ignore a technology closely associated with domination and control, to see mapping purely as metaphor rather than geospatial ‘grid’.  Geographers, particularly those working in critical and qualitative GIS (e.g. Cope and Elwood 2009) have dissected this critique and highlight the analytical potential of GIS for those interested in qualitative data.  Just what does it mean then, to use geospatial technologies to map people’s stories?

This one-day workshop seeks contributions exploring the intersection of GIS technologies and qualitative data, in particular text and storytelling.  Themes include but are not limited to:

The deadline for proposals to be submitted is 14 March 2014. Abstracts of up to 250 words should be emailed to: Phil Jones (p.i.jones@bham.ac.uk), or Stefan Bouzarovski (stefan.bouzarovski@manchester.ac.uk)