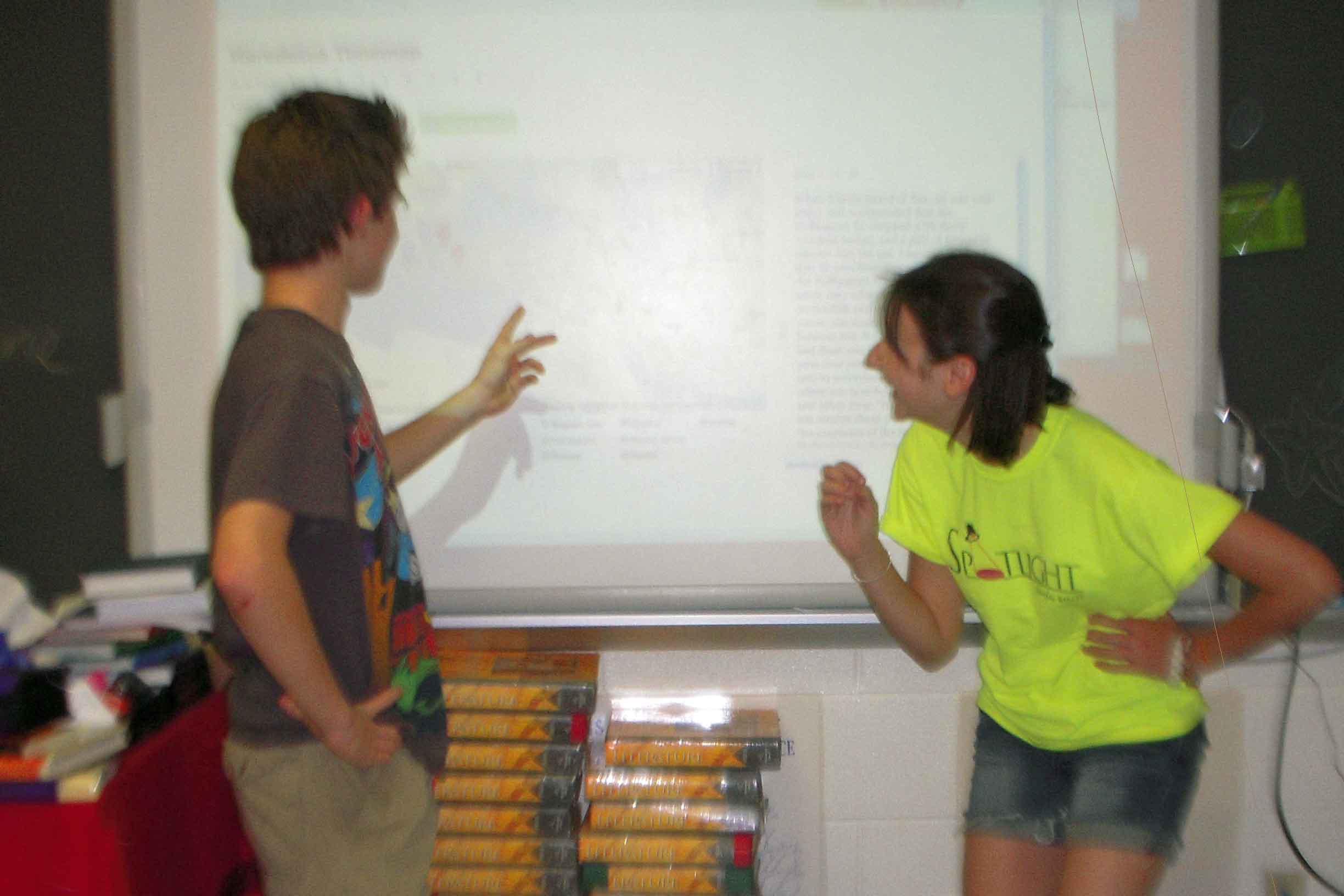 In 2010, the Hestia team worked together with a high school in the US state of Virginia to experiment with different ways of thinking about Herodotus’s Histories using digital resources. In the next series of posts, Chris Ann Matteo, formerly an Outreach officer for the American Philological Association (APA) and a teacher of Latin in Loudoun County Public Schools at the time, talks about the inspiration behind the collaboration.

It all started when I met Elton Barker at the final dinner of the Classical Association Annual Conference in March of 2009 in Glasgow.

There, Elton told me that one of the Hestia project’s aims was to develop digital means of reading the Histories spatially, an opportunity that would build on the momentum of the novelty of GoogleEarth at the time.  Elton was very eager to gather feedback on how any specific target group would use this technology. Together we agreed that fifteen- and sixteen-year olds would be an ideal technology-friendly cohort to test the lofty aspirations of Hestia in bringing ancient geographical thinking to the public. Young people at this age may be technologically proficient, but they are not entirely aware of the depth of scholarly pursuit in subjects that might seem esoteric to them.

At the time I was actively seeking opportunities to test new forms of teaching in the classroom, especially where they could replace the traditional activities that were being phased out due to budget cuts. For example, transportation costs make distant field trips to sites or museums more difficult to arrange. Using digital resources instead of fuel, Hestia could transport students beyond the walls of the school without ever leaving the classroom.  This collaboration, then, was as practical as it was theoretical.

Both Elton and I believed the advantages of such a “field trip” would be appreciable.  We felt the digital environment would encourage active engagement with Herodotus’ Histories and the geography of the ancient world. In addition, the digital format would provide a record of itself at the same time as it allowed a time and space for debate.  As you will read in more detail in Part II, this age range of student researchers are studying ancient world history as part of the State of Virginia’s Standards of Learning for the ninth-grade, so the subject matter was in line with what schools want to accomplish in order to meet their learning goals.

But for me part of the attraction of working with Hestia had its roots in American social and educational theory. According to philosopher and educationalist John Dewey, who established the first ‘laboratory’, or ‘lab’, school at the University of Chicago in 1896, students learn best in a setting of active learning. As Dewey wrote,

Children simply like to do things and watch to see what will happen. But this can be taken advantage of, can be directed into ways where it gives results of value. (The School and Society)

In the following installment in Part II, I want to address some of the preliminary planning work that Elton and I engaged in as we tried to get our two very different environments to meet on the common ground of the Hestia project.  We think, in retrospect, that it is important that potential collaborators regard their planning time as essential components of the project; and for all participants, namely the Hestia lab, the teacher and the students, such time is of course dear.  The questions that we ourselves as educators wanted to address in the project included:  Can a digital lab work? How can it work? What consequences might it have? What potential might there be to share or to extend the practice?