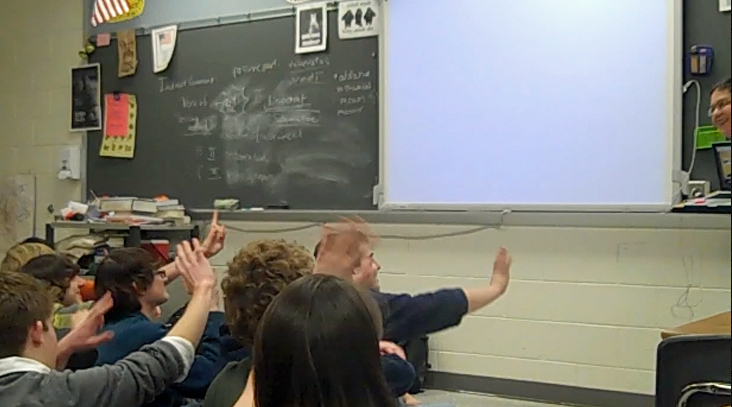 In spite of the frustrations documented in the last post, our trial was a truly useful experiment in making academic research more open to and usable for a broader audience, and we can be hopeful about indications for future productive collaborations. We believe that the positive outcomes outweighed the few negatives, and that the obstacles were not intractable.

Students felt that they could engage with the primary source material, which is a rare opportunity for ninth-graders. As a consequence, students felt a stronger sense of ownership of their own study, thereby supporting Dewey’s goals for the democratization of education. In time, we should be able to see whether students also reinvest their interest in Classics as a subject that provides them with unique opportunities to participate as researchers.

Most of the students from that experiment are now entering university or college; we are hoping that one or more of them might consider responding, on this very blog, about how they believe the experiment is shaping their expectations for future study in Classics or otherwise. This is especially exciting to imagine, given how Hestia, like other digital humanities projects, has the potential to impact teaching and learning over time in a way that is quite different from a field trip or a textbook.  Once a trip or a text is finished, it is but a memory; but here, Hestia can still receive valued commentary from growing and evolving young scholars.

Despite the challenges, working with a project like Hestia reaps much reward for the visibility of a Latin or classics program and the benefits it has to offer across the curriculum. One way we measured this was that Latin enrollments increased from 60 in the year prior to the collaboration, to nearly 150 in the year following the collaboration. Clearly the families at the school believed that innovation could be a vital part of their children’s Latin program, and that they shared that word actively with others.

We feel that the students were able to appreciate not only the short-term goal of the collaboration but also the long-term goal, namely, that digital resources have the great potential to reach massive audience, and that education is one important dimension of that ever-expanding audience.  That is a subtle perception that the students gained, but it is nevertheless a consequential one.

By participating as a forward-thinking trend in making digital labs at schools possible, it showed that Classical Humanities far from being dusty or dormant, but rather fully engaged with education in the future. Furthermore, unlike traditional classics teaching, the Hestia experiment offered a mutual benefit to both higher and secondary education.  In the news and journals, we read almost weekly that MOOCs are now the current and hotly contested trend; but those questions and projects like Hestia are part of a movement to dissolve the barriers that exist between secondary and higher education, extending beyond education to the broader public.