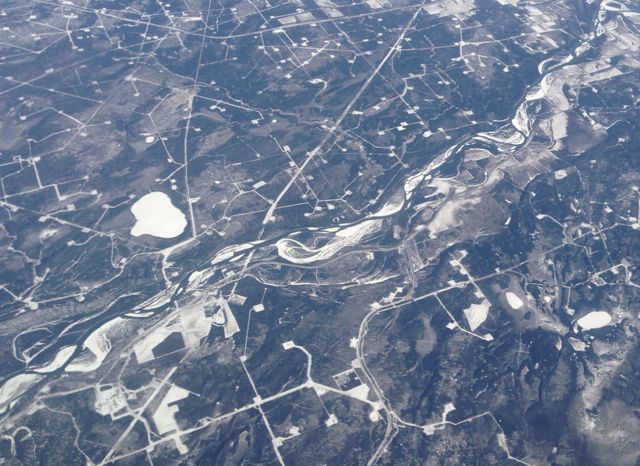 Some of the initial discussions that led to the Hestia project were largely motivated by the growing employment of innovative and alternative mapping techniques in geography – a discipline which, arguably, has provided the main home for theoretical debates in cartography. A number of recent academic papers in human geography journals have provided a more explicit engagement with the relationship between narratives and maps; as they might be of interest to the readers of this blog I have summarized them here.

The first contribution of note is provided by Sébastien Caquard in a review piece for Progress in Human Geography, published earlier this year. In writing the article, Caquard is inspired by Michel Houellebecq’s latest novel (The Map and the Territory), which contains the adage that ‘The map is more interesting than the territory’; this idea is developed in the book via references to an augmented reality which is ultimately more appealing than the actual situation on the ground. Building on Houellebecq’s proposition, Caquard’s paper outlines some of the main implications of thinking about the mapping of space in a narrative way. He emphasizes that while we are increasingly able to represent stories through maps (one of the main aims of Hestia by the way!) the reverse is also true: maps generate imaginaries of their own.

Also of relevance is a slightly less recent review paper by Karl Offen, focusing on the manner in which historical geographers have employed digital media in their work. The article is one of the few geography-based contributions to engage with the digital humanities in an explicit manner. A large part of the paper is devoted to the use of novel cartographic techniques in this context.

I would also single out Jeremy Mennis’, Michael J. Mason’s and Yinghui Cao’s investigation of use of ‘Qualitative’ GIS in the visualization of narrative data about ‘activity spaces’; these areas have been described as ‘the locations that an individual frequents throughout their daily life’. The paper includes a literature review, a heuristic framework and empirical application. The results of the authors’ research demonstrate that the georeferencing of qualitative data about activity spaces can be quantified so as to highlight how individuals’ everyday experiences and behaviour are grounded in the places in which they live.

Last but not least, there is Joe Gerlach’s paper on ‘Co-ordinates for vernacular mapping’. While the paper’s terminology is somewhat less accessible to the lay reader, the author makes several important claims about the future directions in which cartographic thought can develop. One of them is the idea that the practice, process and ‘performance’ of making a map matter more than the product itself. Gerlach uses the conceptual vocabulary of ‘lines’ to capture the need for creating maps which are themselves dynamic and relational in nature – something that has been at the core of Hestia’s endeavour from day one.

Featured image: The networked nature of human and physical systems is easily apparent from above: A river cuts through a Canadian landscape affected by fracking (photo by author)