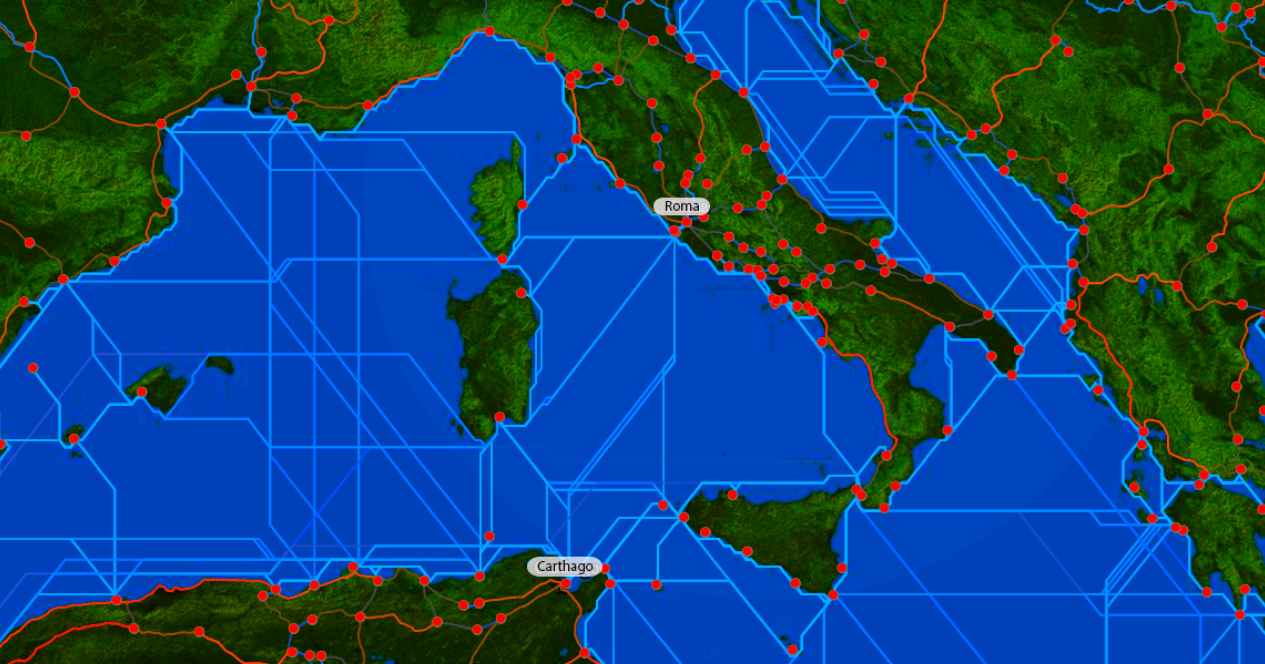 The Center for Spatial and Textual Analysis is proud to host the next Hestia2 event, on November 4-5 in Wallenberg Hall at Stanford University. During this free one and a half day seminar we will explore network analysis and uncertainty in data from a number of different perspectives. It will also be an opportunity to take a sneak preview of a number of new and exciting projects.

The first day features three data visualization projects. Beginning at noon, we will learn about data intelligence based on work done at Quid, a data analytics software company based in San Francisco. Next up will be Stanford’s own Walter Scheidel and Elijah Meeks, who will present the latest version of Orbis, the geospatial network model of the ancient world. The final project of our first day combo will be presented by Dennis Wuthrich of Farallon, who have been developing Arches, a new open-source geospatial software system for cultural heritage inventory and management.

The second full program day will include a presentation from the Stanford Literary Lab on Network Theory and Dramatic Structure, comparing dramatic networks in plays from ancient Greece and Rome, Renaissance England and France, 18th-century Germany, and 19th-century Norway. We’ll then have a lunchtime talk on the geography of digestion and a geography of medical body sensors by Nick Bauch, followed by a post-luncheon tour of networks in digital maps by Stanford’s Digital and Rare Maps Librarian.

The final afternoon session presents a ‘hands-on’ opportunity to get more deeply engaged with some of the new tools and methodologies being showcased. First, Nicole Coleman and Giorgio Caviglia (DensityDesign) will offer a workshop on Palladio, a new platform for the visualization and analysis of historical data. Then, Karl Grossner and Elijah Meeks will present Topotime, a new data model and graphical layout which they have been working on that is designed specifically to handle the fuzzy temporal bounds and cyclical time of literary narratives.

Both days will include early evening receptions in the newly renovated CESTA workspace in Wallenberg Hall with large-screen displays of work presented during the conference as well as new digital humanities work going on at CESTA and the Stanford University Libraries.

Please note that, while the event is free to all, registration is required since places are limited. So book early to avoid disappointment at: https://www.eventbrite.com/event/8878063527