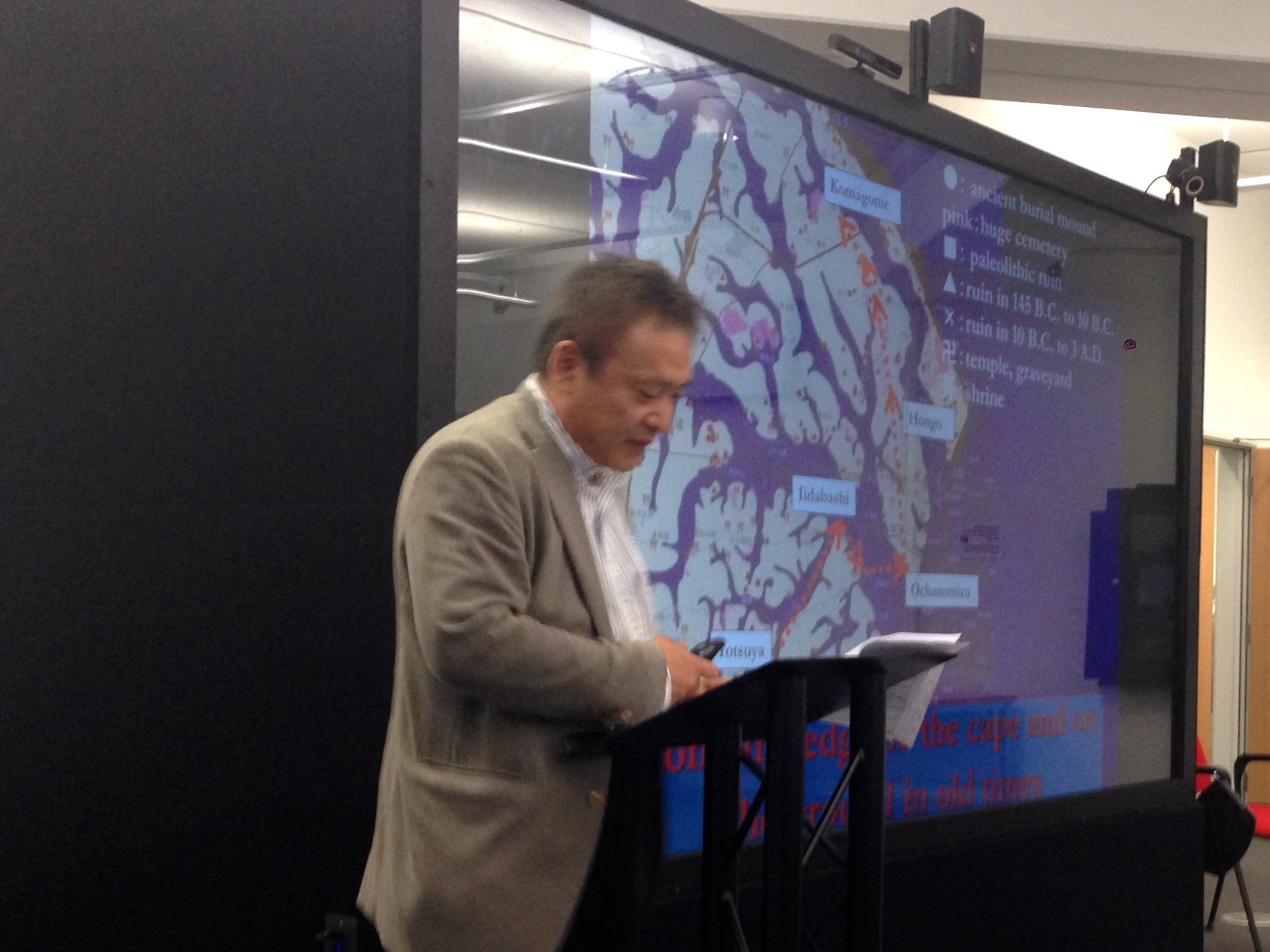 Beyond images and surfaces: Impressions from the ‘Telling stories with maps’ symposium in Birmingham

As we have already written on this blog, the fourth event within the Hestia 2 programme recently took place in Birmingham. With its focus on qualitative GIS and narrative mapping, this symposium was closest to my own academic interests and motivations for participating in the project. Its selection of papers, audience and topics achieved one of the long-standing aims of the Hestia team: to bring together the social sciences, humanities and the ‘IT crowd’ in a genuine interdisciplinary dialogue. Testifying to the success of the event were the high attendance rate, the diverse professional backgrounds of participants, and the numerous follow up discussions instigated on different fora (particularly twitter and the ‘blogosphere’).

I found two papers particularly relevant for my own academic praxis. Vanesa Castan Broto broke new ground in her exploration of narrative mapping approaches as they relate to urban energy flows. She offered a unique perspective on the ability of maps to both represent and generate stories that counter the reduction of energy production to technological or economic determinants. Also of relevance in this context was Agnieszka Leszczynski and Sarah Elwood’s paper on the use of ‘new’ spatial media (which can be described as objects and forms of content on the geoweb that extent beyond the constraints of geographic information systems) to document and chronicle the realities of everyday life in a wide range of socio-cultural contexts.

Akiyoshi Suzuki’s interrogation of the hidden (and decidedly liminal) spatialities that underpin Murakami’s prose attracted much attention, causing many participants to comment that it had radically displaced their perception of this body of literary work. I was also fascinated by Ian Gregory, Chris Donaldson and Patricia Murieta-Flores’ georeference-based exploration of place names present in literary and travel writing on the Lake District. In addition to bringing out an entirely new set of worlds operating beneath the surface of the text, both presentations emphasized, in different ways, that the absence of geographical mentions or metaphorical references to territories beyond the reach of the narrative can often matter as much as the toponyms present in the text.

Also worth noting Pietro Luzzo and Francesco Martini’s paper on storytelling and geographical data in their EAGLE project, Nela Milic’s presentation of BG:LOG (an alternative map and archive of the cityh of Belgrade), Miranda Anderson, James Loxley and Uta Hinrichs’ GIS-based mapping of the factual and counterfactual in literary texts, Moacir de Sá Pereira’s investigation of spatial data in Hemingway’s For Whom the Bell Tolls and Øyvind Eyde’s paper on the relationship between texts and maps in interart and intermedia studies. Alongside the common issues of absence and presence described above, a recurrent theme in almost all of these contributions were the conceptual and technical challenges associated with efforts to shift the focus away from traditional ‘Cartesian’ cartographic methods – with their focus on surfaces, images and topographies – onto the topological and networked representations contained in narrative depictions of space.

Overall, we saw some fascinating discussion on the multiple issues of epistemological balance, technological control and political power present in the relationship between text and maps. I very much hope that this will continue in the final Hestia 2 event, and beyond.

Caption: Akiyoshi Suzuki travelled halfway across the globe to speak at the event; his inventive deconstruction of Murakami generated much attention.